The 2008 Cohen Borthers’ No country for old men has a fairly straightforward plot: a man, Llewelyn Moss (Josh Brolin), while wandering in the desert comes across the scene of a massacre: dead bodies everywhere, stashes of heroine or cocaine in the back of Pick Up trucks. It is clearly the scene of a drug deal that went horribly wrong. Brolin follows a trace of blood and finds a dead man with a case, inside the case are 2 million dollars in cash. Brolin takes the money and flees the scene. Then, later on that night he returns to the scene. It’s a fatal mistake. The Mexican dealers find out about him and put Anton Chigurh (Javier Barden) on his trail, to recover the money and kill Brolin. The movie is all there, but this is not a Trantino’s film. Like the original Cormack McCarty’s book and like in every Cohen Brother’s movie, simplicity is just an other way to dissect the complexity and absurdity behind most of human behavior. No Country for old men is an almost perfect thriller/noir movie, an endless chaise, bit like Duel, where we are never enterily sure whether the fugitive will make it. Incidentally, the movie is also a master class in direction and acting, so good that it cuts no corner, until the end: coherent with its premise, the end is certainly not a Hollywood ending.

All of the actors, even those in supporting roles, like Woody Harrelson, are always believable, always in character. The Cohen’s unmistakable signature is evident throughout every scene, yet this is a different movie than their previous works, Fargo for instance. There is no  sense of humor in the movie, and that is for the better. This is just a gripping tale of greed and madness, perfectly exemplified by Javier Barden’s performance as Chigurh, the psychopath killer (are there of any other kind?) with an unforgettable haircut, one must add. The 4 Oscars at the 2008 Academy Awards ceremony were all deserved (for once). Yet the Academy surprised me a bit: No Country for Old Men is a movie that leaves no space for hope. And generally the Academy does not like that, well I guess this year was an exception. 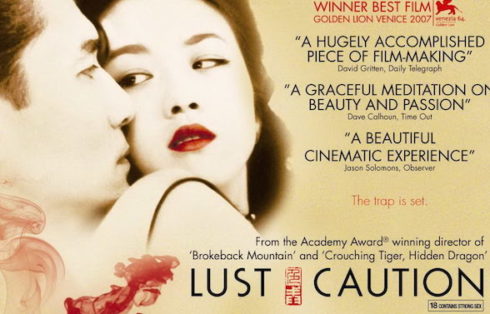 March 18, 2010 - 5:12 pm
20 January, 2008 Not very cautious, with some lust, but a bit lost Ang Lee's latest movie, Lust, Caution is probably...
© Copyright and Web Design/Management by Giovanni Navarria, All Rights Reserved.
We use cookies to ensure that we give you the best experience on our website. If you continue to use this site we will assume that you are happy with it.Ok