Dear Mr President-elect Trump, thanks! We now live in the best of all possible worlds

This morning I received the attached letter, it is for you. The sender is Mr Pietro Pangloss, a very enthusiastic Italian student of mine. Mr Pangloss wishes to covey his congratulations to you on your victory, but as he didn’t know how to reach you (he is hopeless with technology), I agreed to forward you the letter. It seems very much sincere, and I am sure you will appreciate it. You seem to have had quite an impact on this young man’s life.

Since I watched you descending that escalator at your magnificent Trump Tower over a year ago I was yours. It has a been a truly thrilling presidential campaign. Though at times I was confused, I always remained captivated. I never switched channel. I couldn’t let go of you. It has been the best reality show I have ever watched.

I promise you, I will not miss a single episode of your new show starting next January. I don’t want to jinx it, but I feel it in my guts, and therefore I know it is true: you will finally get that Emmy Award that has eluded you before. Those losers at the Television Academy never really understood you. You are indeed the greatest star on Earth.

More importantly, I will always be in your debt. You see, before you came onto the scene, I was a rather confused man, but you have inspired me and many like me to be great men. And this is only the beginning, I know. You will do great things. So please allow me to present you with ten, rather personal notes I wrote to thank you for what you have done for me.

Thanks for showing me what true leadership is

I still remember fondly how magnificent you looked when you first announced your presidential bid. Your words still ring like melody in my ears. Instinctively, I knew already that day I was witnessing a miracle, history in the making. I felt special.

Not many of us have had that luck lately. Politics has become either the sphere of boredom or the harbour of crooks and liars; but you changed everything. It has been 80 years or more since the world (at least in Europe) has seen true great leaders like you, with your magnetic features and inspired vision. I know I am not American, but I feel like one today. If that former president of yours (whose name now escapes me) could say, Ich Bin Ein Berliner, then can’t I say loud and proud, today, I am an American?

Thanks for teaching us about women

Thanks to you, finally I know what to really think of women, how to grab them, how to talk to them and how to charm them.

Can you believe, my dear President-elect, these women today? They are confused, they no longer know their rightful place. What’s wrong with them?

The media and all those university big wigs have put in their heads the most hideous nonsense: they deserve respect, they say. Some even want the same pay as us! Others demand birth control (and we must pay for it?).

They want to wear pants, they want to argue with their men as often as they like, they refuse to cook us dinner any more … it has been a disaster for years. As if they are equal to us, men.

Some of them are so crazy, they even dare to imagine themselves as Commander in Chief. (Can you imagine a more ridiculous dream? A woman with the nuclear codes, that would be the day!) But now that you are the new boss, they will get the memo; if they don’t like it, we will fire them.

Thanks for teaching me that being unqualified for the job is not a weakness, but a strength. I used to be afraid of my lack of working experience, but now I know it is a strength we should all be proud of.

The world is wrong, you showed us. Next time my job application is rejected with the lame excuse that I lack experience, strengthened by your glorious example, I will scream back at them: you are wrong, wrong, wrong.

My inexperience makes me better than anyone you have here flipping burgers. I am untainted. See Mr Trump, he didn’t need any experience and now he sits in the Oval Office. So hire me, or I sue you, losers. Losers. LOSERS.

Thanks for showing me that all this talk about multiculturalism, diversity, respect for others, is just utter nonsense. Political correctness is for cowards. Why should we be ashamed of what we think of them, all of them, even that journalist that you mocked so brilliantly?

They are not like us, especially those Muslim people. Have you seen how they treat their women? Unbelievable! You know what some of those crazy Muslim countries have done in the past? They have elected women as their leaders. They must have gone nuts.

This talk of help, love thy neighbour, is just weak. Thanks to you, now I shall not be ashamed, ever again, to say it aloud, proudly and bigly: go away, go back to your country, we don’t want you here.

It is easy to be a politician

I never understood much about politics, but now I feel like I could become a politician if I wanted. You have truly, deeply, bigly inspired me. I learned so much from you.

Thanks for showing me that all a politician needs to succeed is a good story, not a complicated one. People love simplicity. Better if it is a one-line story that can fit in a tweet, repeated many times. Our America is rotten, let’s make it great again.

If you feel it, it must be true

Thanks for teaching me never to feel ashamed about what I don’t know. This idea that you must know something well before you speak your mind is a conspiracy of the establishment to control us.

We must rebel, there is nothing wrong in saying what one feels, even if it contradicts some of the stuff others call facts. What are these facts, anyway? The internet is all we need. Did you see yesterday? ‘Make America Great Again’ was the most trending term on Twitter.

I felt so proud. They heard our voices, finally, loud and clear, didn’t they?

A small sample of words can give you wings

As a foreigner, I am always weakened by my limited English vocabulary, but now with you, I don’t fear it any more. You showed me that even with knowing only about 500 words in total, the sky is the limit. I could still become president of the United States (if only I was born there!). I learned a lot from you. I don’t want to sound braggadocious, but I am tremendously proud of you, Mr President-Elect.

Thanks for showing the world that conspiracy theories are real, and those who talk about them are enlightened citizens. I used to be so ashamed of what I thought, but now I no longer feel that way. Like you, I also believe that Barack Obama was never born in the United States. He should have never been president (and yesterday’s vote proves it!).

And, you know what, this world is just a computer simulation. I read it on the internet. Because of you they want to reboot it. We must stop them. It is true, I will send you the link. I hope you tweet about it, it will help our cause.

Your victory has vindicated us, Italians, and undone the injustice we have suffered for years. When we elected Silvio Berlusconi, a man of great vision and temperament, very much like you, everyone thought we were crazy. American politicians scorned us, even that woman you defeated so bigly yesterday, she used to belittle him.

But Berlusconi achieved great things, almost like the great Benito before him. You remind me a bit of both. Don’t believe those revolting experts saying Silvio ruined Italy’s economy; that he used his power to avoid jail and become wealthier; that he divided the country and all those other lies. They even say he exploited women. Since when is liking an underage girl illegal? They never really proved he had sex with her anyway.

The truth is he treated all his women well, not unlike you. He always invited them to dine with him in his Rome residence. He ranked them, as you do. He sang for them. He was so generous that he even brought some of them into parliament, as elected members of his coalition. He was always very caring with them, and if it was too late after dinner, he even let them stay at his place, no matter how many they were.

And like you, Berlusconi is a great friend of President Putin. It must be true what they say, great minds think alike.

America is the greatest country in the world

Finally, from the deep bottom of my heart, thanks for showing me what a wonderful and tremendous place America is. When I look back at the last 15 months, I can’t still quite fathom it. How did you manage to get us this far?

It must be true what I heard yesterday from you and your jolly Republican friends: on November 8 the United States of America has become officially the greatest country in the world, the best democracy, the perfect society we should all strive to imitate. Your victory is and always will be remembered as the best possible example of the true and incomparable wisdom of the people. Since Tuesday, I feel truly blessed. I finally live in the best of all possible worlds. 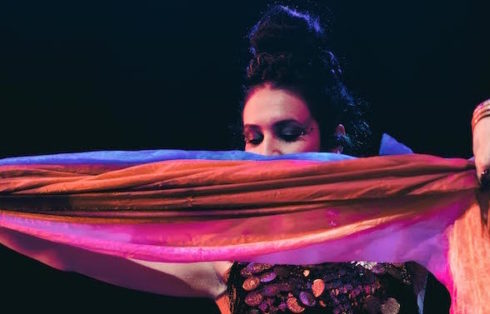 October 15, 2016 - 11:58 pm
These are some of the pictures I took last Friday (Oct, 14) at Manning Bar at the University of Sydney. The evening...
© Copyright and Web Design/Management by Giovanni Navarria, All Rights Reserved.
We use cookies to ensure that we give you the best experience on our website. If you continue to use this site we will assume that you are happy with it.Ok