L’Amant Double (AKA The Double Lover) is a flawed, yet at times intriguing, playful and mildly disturbing psychological thriller, with e a high degree of sexual energy.

Francois Ozon is one of France’s most interesting filmmakers. For almost two decades now, he has tried his hand at several genres, more or less successfully. His films are usually well received by both critics and audiences. This was the case of the sexually charged mystery The Swimming Pool (2003); as well as, the moving terminal-cancer drama Time To Leave (2005); the light social comedy Potiche (2010) and 5×2 (2004), an insightful post-mortem on a couple’s story – cleverly edited in reverse, from end to beginning (six years before Derek Cianfrance’s much-admired Blue Valentine). One of Ozon’s earlier movies, Under the Sand (2000), about a mourning wife who refuses to let go the memory of her late husband, is a delicate, understated study of love and death.

If Under the sand is one of Ozon’s best films, L’Amant Double (AKA The Double Lover), his latest movie, marks an extravagant mid-low point in the French director’s career.

The story (or one third of it)

Loosely based on Joyce Carroll Yates’ Lives of the Twins, L’Amant Double centres around the sexual and psychological tribulations of Chloé Fotin (played by Marine Vacth). A young and emotionally fragile former model, Chloé suffers from stomach cramps, the cause of which might well be psychosomatic. Her past line of work is – incidentally – of no particular relevance for the plot, except for justifying her insecurity, the way she walks, her beauty and perhaps trick the viewer in thinking she might be anorexic.

The opening scene shows Chloé at a hair salon cutting her long hair very short. It is clearly more than a change of hair style. Is she cutting with the past? The shot of the scissors cutting her bang might suggest as much (it is a cliché, but it might well be a nod to either Audrey Hepburn in Roman Holiday or, more likely, to Mia Farrow in Rosemary’s Baby)

Desperate to stop the cramps, Chloé starts seeing Paul Meyer (Jérémie Renier), a taciturn psychotherapist, not much older than her. Session after session, Chloé opens up. She tells the doctor (and us, the audience) quite a lot about herself.

It is the sort of information that will certainly become useful later, when the plot gets more complicated (this is always the case, in thrillers of this kind). We learn about her loneliness; her longing for her mother’s love (she was the unwelcome child of a one night stand); how much she always wanted a sibling, so much that she had invented an imaginary sister when she was young; and she also confides her difficulties with sex and intimacy.

Paul doesn’t say much, he doesn’t even seem interested in taking notes (despite several notebooks lie untouched on the side table next to his chair); all he does is to listen, attentively. He seems captivated by his beautiful patient, while Chloé begins to show unmistakable signs of feelings for the handsome doctor.

She confesses that thinking about him makes her feel better. At first, Paul doesn’t seem much disturbed by this confession. Transference (or the unconscious redirection of a patient’s feelings towards her psychotherapist) is rather common in psychanalysis.

The therapy, in any case, seems working. One day Chloé announces that she feels very good, the cramps have finally disappeared. And right then, quite unexpectedly, Paul suggests to stop the sessions. He acts awkwardly and when pressed, he admits that he has developed feelings for Chloé, so it would be unwise to continue her therapy with him. Chloé is taken aback, but the doctor reassures her it is for the best and will refer her to someone else. When it is time to say goodbye, they kiss, clumsily.

No much longer after that, Paul and Chloé move in together. Initially, all seems going well. Chloe’s life is blossoming again. She has even found a new job, as museum guard. And she seems to like her new role. In one particular scene, beautifully framed, we find her sitting idle between two artworks, she might well be part of the exhibition – Ozon’s camera work seems to play with that suggestion.

In any case, Chloe is in a position of invisibility, no one seems to notice her. She enjoys being at the opposite spectrum of her former self: she is now the observer, rather than the object being observed – as when she was modelling.

This all happens very quickly, as at this point we are only less than a third into the movie. From here on, however, Chloé’s life (and with it the film) quickly spirals down a rabbit hole of sexual desires, nightmares, dark secrets, odd humour, and rather absurd twists which will leave most of the audience amused, at best, lost at worst.

Actors ok, the script and Ozon less so

Throughout the movie, the actors do mostly a good job with their characters (Vatch’s performance, though not stellar, seems to show more depth than Renier’s). Ozon and his DP Manuel Dacosse give the audience some beautifully framed shots (the psychanalysis sessions for instance, the museum shot of Chloé as art work, the multiple use of mirrors and duplicate images, to reflect the film’s main theme).

The script however is far from foolproof. It is fraught both with clichés and cinematic references, but, most importantly, it seems underdeveloped. 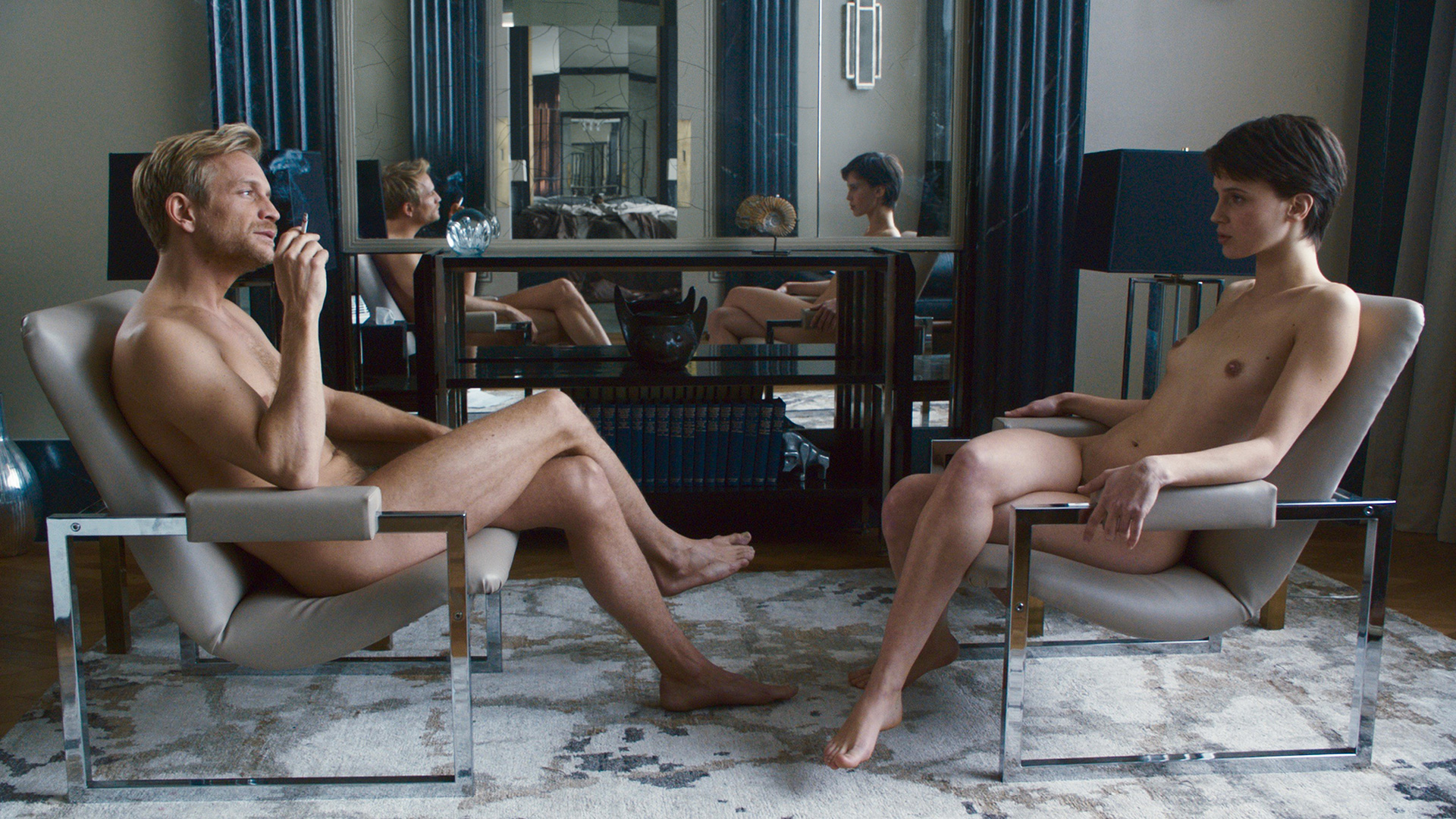 The relationship between Chloé and Paul is pretty much forced down the audience’s throat at face value, without enough time and space for dwelling properly with moral quandaries or backstories. As the audience is never really given a chance to fully understand why the two must fall in love and move in together, the emotional bond between the audience and the characters never develops beyond a weak curiosity about the couple’s fate.

More importantly (and more confusing for the audience), after Chloé becomes suspicious about Paul’s past, the scenes that follow give very little indication that the director has shifted gear and moved the film onto a completely different plane.

If the premise for Chloé’s behaviour – which only becomes clear at the end – is true, then most of these scenes are bound not by narrative logic, but by wilful deceit on the director’s part. To say more will mean to give away too many spoilers, so it suffices here to say that from here on the audience is confronted with a series of ploys more confusing than entertaining.

There is a string of lies; we have an evil twin (a twist that will undoubtedly remind some viewers of David Cronenberg’s Dead ringers); a few dark secrets will be uncovered; a gun and a (much expected) gunshot (Checkov’s gun rule never fails).

There are also two cats (one with an interesting backstory that deserves more attention than the distracted viewer might imagine), and one cat (Chloé’s cat Milo) who disappears and appears without much logic; there is also a creepy neighbour (who could be a murderous psychopath or simply a weirdo), and a series of rather explicit and raunchy sex scenes.

The many r-rated scenes give us some important insights into the film’s lead character, but also into Ozon’s faulty and often misleading narrative.

In an early scene the camera zooms out from pitch black to light. First we see nothing, then something, but it is yet not clear what it is that we are seeing; then, a moment later the doubt is gone: we are inside a woman’s vagina, Chloé’s vagina to be precise.

Our perspective is that of the gynaecologist examining her. The Doctor reassures Chloé there is nothing wrong with her sexual organs, and her stomach pain might well be psychosomatic (the stomach is, after all, a second brain – it is pointedly argued in the movie).

The scene at the gynaecologist practice is probably the one most viewers will remember or talk about afterwards (along with another scene about the anatomy of a woman’s orgasm – which comes midway through the movie).

At first sight, the scene might appear to the inattentive viewer and to those of prude morals gratuitous at best, sacrilegious pornography at worst. It would be a mistake, the reason behind it will become clear and justified, eventually.

With hindsight, after the main reason for Chloé’s psychological struggle is finally revealed, those scenes seem to become almost irrelevant. What was it all about? Shock, lure and awe, but not much else. Perhaps for Ozon, Chloé’s sexual desires is the key to understand her psyche, but, all considered, it seems a weak argument.

The weirdness and apparent absurdity of most of these episodes are rooted in the fact that the members of the audience are never really sure what they are looking at.

Other scenes however are less clear. They might well be hallucinations or so we might be inclined to think (aren’t they too weird and silly for being real?), but the line between real and imagination is very much blurred throughout the whole movie. The texture and seamless integration of these “weird” scenes with the rest of the movie never allow the viewer to find the right footing or the right clues to discriminate between what is real and what is not (even in hindsight).

The confusion is the result of Ozon’s intentionally confusing direction, rather than good storytelling. For instance, just to choose a couple of scenes with little spoilers, some of the conversations at Paul’s work party and the presence of Chloé’s alleged new therapist there do not square logically with the revelation at the end; the same can be said of a telephone call to Chloé’s phone, while Paul is not that far from her.

A great thriller always shocks and surprises its audience at the end. Yet, if the director and the screenwriter have done their job well, the end should never feel like a total surprise or let the audience feels cheated. There should be several clues sprinkled throughout the movie for the alert viewer to find the end logical and justified, though no less shocking (all without the need for a second viewing).

For these reasons, Hitchcock’s Psycho, David Fintcher’s Fight Club, Bryan Singer’s The Usual Suspects, Franklin J. Schaffner’s Planet of the Apes, Mary Harron’s American Psycho, Duncan Jones’ Moon, Irvin Kershner’s The Empire Strikes Back, and certainly David Lynch’s Mulholland Drive (just to name a few) are all great thrillers (though some more sui-generis than other). Alas, this is not the case of L’Amant double.

Ozon seems so hell-bent on crafting a shocking erotically charged thriller that he misleads his audience throughout the movie by incessantly blurring the line between reality and hallucination. And he does so to the expense of the logical framework of the story.

The end-result is a very flawed, yet at times intriguing, tongue-in-cheek, and mildly-disturbing psychological thriller, with a high degree of sexual vitality.

L’Amant double is definitely a film not easy to like (if not aesthetically), nor to follow. Some viewer will hate it, some will definitely love it. Others, however (perhaps the majority of viewers) might end up being left cold and baffled by it – and rightly so. 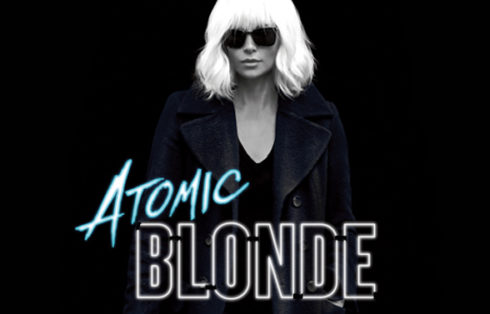 August 9, 2017 - 6:08 am
Atomic Blonde, with its beautiful Berlin set, and especially thanks to the performances of Charlize Theron and James...
© Copyright and Web Design/Management by Giovanni Navarria, All Rights Reserved.
We use cookies to ensure that we give you the best experience on our website. If you continue to use this site we will assume that you are happy with it.Ok