Fun, touching, sweet, and just plainly entertaining as all fans hoped for.

[Note: the following review contains only mild spoilers of Season 3 of Stranger Things].

Eleven, Mike, Dustin, Lucas, Steve, Nancy and the rest of the gang in the fictional town of Hawkins (Indiana) are finally back.

After almost 2 years since season 2 ended, season 3 of Stranger Things has finally landed on Netflix, for the joy of millions of fans around the world.

Matt and Ross Duffer, the creative minds behind the series, don’t seem to know the meaning of the word disappointment. Though the end-result — even the staunchest of fans would probably agree with this assessment — is far from perfect, the wait was worthwhile.

There are many things to cheer for in season 3, but let’s begin with the low-points.

At times the narrative of these new eight chapters felt unnecessarily sprawling and disconnected (for about five episodes, there are at least five different threads, each with only some of the characters involved: we have to wait for the very last episode to have all of them in one place together, and even then, only for a brief moment).

The overall story, as it is perhaps to be expected when a series loses its novelty factor, is far less mind-blowing than in the previous seasons (though not less entertaining and with even more splatter: exploding rats I am trying not to think of you!).

Without giving away much about the plot, the season is set around July 4, 1985, and involves some otherworldly ‘old enemies’, some new ones coming from the Eastern bloc (after all the Cold War is not over yet), and several interesting twists for some of the characters that appeared in season 2 (especially the mean Billy Hargrove).

The overall tone of this third season and the characterisation of some of its protagonists (especially with the never-changing Sailors outfits of Steve and Robin, and the part of the plot involving Jim Hopper and Joyce Byers) has more cartoonish qualities than before.

It is obviously a deliberate homage to the style of some of the pop-corn action-films and series of the era, such as Indiana Jones and Magnum P.I. (the latter a clear inspiration for Jim Hopper’s fashion choices, whereas his attitude and bickering with Joyce is a reminder, among others, of Indy and Marion in Raiders of the Lost Arc); and though some of the sequences certainly offer moments of welcome lightness (Hopper’s beating of Cary Elwes’s evil Mayor Larry Kline ranks high among these), because of the sprawling narrative, the scenes can feel, at times, jarring and overdone, if not repetitive and boring.

As a consequence of this, the performances of Winona Ryder (Joyce) and David Harbour (Hopper) suffer from gratuitous over-the-top acting which, somewhat, undermines the emotional journey their characters have embarked on.

Speaking of performances, Millie Bobby Brown’s acting is far below the quality showcased in the first two seasons. But it is probably more to do with the writing and directing than the actor’ skills. Her character takes a back seat in this season. Though still key for the story, the multiple plot lines ultimately mean much less screen time for Eleven. And the scenes she is given are either action-drive (showing her powers) or about dealing with her feelings. And in the latter case, we are served with some of her most unconvincing moments.

In one of these, in Chapter 3, she is with Max going on a post-break-up-with-boyfriend shopping-spree — a staple of every 80s teen flicks. She learns to feel empowered, even without Mike around her, but during the classic montage of the two teens fooling around with new styles and pulling faces in front of a camera, it is hard to reconcile that easy-going, happy, cheeky Eleven, with the awkward kid who still doesn’t know yet “how do I know I like”. It felt like the faces belong more to Milly Bob Brown that her character Eleven.

And yet, these minimal flaws notwithstanding, the pleasure of binging on this new season of Stranger Things was never in doubt. If anything, in fact, with each new episode the quality and the pace improved more or less steadily, with the last four propelling the viewers into a vortex of ingenious set-pieces of great action and emotional jolts. 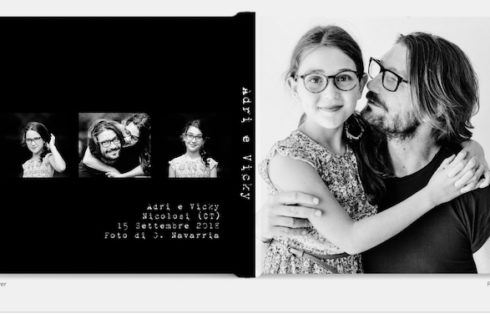