From the book description: Before the nightmare, Yeong-hye and her husband lived an ordinary life. But when splintering, blood-soaked images start haunting her thoughts, Yeong-hye decides to purge her mind and renounce eating meat. In a country where societal mores are strictly obeyed, Yeong-hye’s decision to embrace a more “plant-like” existence is a shocking act of subversion. And as her passive rebellion manifests in ever more extreme and frightening forms, scandal, abuse, and estrangement begin to send Yeong-hye spiraling deep into the spaces of her fantasy. In a complete metamorphosis of both mind and body, her now dangerous endeavor will take Yeong-hye—impossibly, ecstatically, tragically—far from her once-known self altogether.

I had great expectations for this novel, I was intrigued by the description and the accolades, but it turned out to be a rather disappointing book: full of good intentions, with some interesting experiments but ultimately more confused than accomplished.

The story of the slow mental decline of Yeong-hye, the vegetarian in the title, is told through three different points of views, and three different narration styles: her husband (first-person narration), her brother in law and her sister (both in the third-person, though the brother in law in the past tense and the sister mostly in the present tense).

The story starts as an issue with vegetarianism, but midway through, Yeong-hye’s choice seems to have much deeper and troubling roots: it is fraught with a history of family abuse by her drunken and violent father and about the role of women in Korean society. The story – especially towards the end – echoes the Apollo and Daphne myth of Ancient Greece, where Daphne, trying to escape Apollo’s unwanted love, prays the god Peneus to transform her into a tree and the god obliges.

Yeong-hye’s vegetarian turn is not so much about food, Yeong-hye herself admit so. It is about the dreams she has, which are, probably, the outcome of years of abuse. She wants to break away from the past and what defines her family history; and, perhaps at a more meta-level, the role of women in Korean society. The ultimate reasons are never obvious because we never really hear her story from her point of view.

At times, it seems like Yeong-hye’ soul has been raped, by society most of all, and all she wants is to set herself free from the shackles imposed on her (a bit like Daphne with Apollo). She is a misunderstood revolutionary, though a quiet one at that. She no longer belongs to the world surrounding her. She wants to become other.

Though the abusive father is present in the first section, it is not entirely clear how cruel he was until the third part when her sister, at one point, reminisces how painful Yeong-hye’s childhood must have been.

The vegetarianism in the story encapsulates in one word a vigorous rejection of traditional Korean values than merely an actual choice of eating habits.

Han Kang’s choice to have three points of views to tell the story, none of which is from the main character, is an interesting narrative ploy, but it is far from effective. The reason why the 3-POV strategy doesn’t work well is that Han Kang’s choice to switch after the first section, between first and third-person narration, seems rather arbitrary. During the first-person narration, in the first part of the book, she inserts bits of Yeong-hye’s dreams narrated in what appears to be Yeong-hye’s inner voice, but this choice makes no sense if the main person telling the story (the husband) is not aware of those thoughts. Also, the second part is stylistically annoying because the external narrator, for no apparent reason, employs the ‘pronoun game’ which confuses more than clarifies the narrative. If it had been a first-person narration, it might have been excusable, because one could think it is the specific narration style of the POV. Still, with an external narrator and third-person narration, the excessive use of pronouns rather than names is unwarranted and rather confusing.

The third part of the book is the most exciting and touching, but it is undermined by the ultimate reasons why the characters are where they are. Yeong-hye is in a mental hospital, and her sister goes to visit her regularly. But Yeong-hye should not have been in the hospital in the first place. When the choice is taken at the end of the second part is unclear why she needs that kind of extreme solution, and yet she is there. The reveries of In-hye (the sister) tell us a bit more about the whole family and what went on, but there is a certain randomness that confuses more than enchants the reader.

To enjoy the book, the reader has to approach it as a surrealistic piece of fiction. Otherwise the behaviour of the protagonists, their reactions towards Yeong-hye – a rather shy, harmless, calm, reserved person – might seem either unintentionally comical or exaggerated.

More so, in the third part, when In-hye becomes the central character. It is never really clear why she thinks her sister must be committed to an asylum (apart from she being a nuisance to her), but why the authorities agree with her and declare her ‘mad’? It is never really explained and, from the book, it seems awfully easy for anyone in Korea to call the police and commit a relative to an asylum, is there a formal due process? At the end of the second part, the whole thing is rather comical and unbelievable. Even though in the third part some bits are explained, it remains doubtful that an adult person can be put in a mental asylum for no apparent reason than not eating meat (the second time, at least).
These many scattered little logical nuisances ruin the narrative flow of the story. The whole story would have been less distractive and unquestionably more enjoyable if Han Kang had spent some time giving a bit more context and keeping her story in check. Her narrative choices let the reader down and undermine her attempt at magical realism or surrealism outright in some passages.

I admire the attempt, and I liked the idea of three flawed characters/narrators trying to understand (and failing to do so) Yeong-hye, who is so out of their social and psychological comfort zone. But I was too many times distracted by incongruences in style and tone to enjoy it fully. And, more importantly, I could never really empathise with any of the characters in the story, they are all rather miserable people, but not of the Victor Hugo type. All of them seem beyond redemption—even In-hye. Yeong-hye has too little to say and to do to produce in us more than a feeling of pity. We don’t know much about her to feel for her. The reader’s difficulty in sympathising with these characters is not only because of their flaws, but it is more because of Han Kang inability to give them the necessary depths or context.

The Vegetarian is in parts commendable, but ultimately it is a rather flawed and disappointing attempt at conveying a complex and intriguing story about a woman’s relationship with the society she lives in and her family, and a broader critique of South Korean mores.

A note on the translation and translator

Some original sins in the translation may saddle the English version – it feels at times that the translator failed to capture what the writer intended to. And, from what I read by googling the name of the translator, Deborah Smith, I am not the only one who was negatively impressed by the narrative flow and choice of words of the translation.

From the pages of The New York Review of Books, Tim Parks has attacked Deborah Smith’s translation of The Vegetarian as ‘frequently in trouble with register and idiom’, and a style of prose which ‘is far from an epitome of elegance, [while] the drama itself neither understated nor beguiling’. Parks also professes his surprise at the book being awarded the Man Booker Prize International. But even an academic of Korean origins (though from Wisconsin) Charse Yun has attacked her for being far below the level one would expect from professional translators (apparently Smith started to learn Korean only a few years before she took on The Vegetarian translation). Though Yun admits that ‘most of these errors are very minor and do little, if anything, to derail the plot. For example, English readers will simply glide over the fact that anbang, the main bedroom, is rendered as “living room”; likewise, few will know that dakdoritang is confused as “chicken and duck soup.”’ He remarks that what ‘is more unfortunate is that Smith misidentifies the subjects of sentences. In several places, actions and dialogue are simply attributed to the wrong characters. While Smith has stated that she tried to stay “faithful to the spirit of the text,” that defence cannot be applied to what are clearly undeniable errors.’

Furthermore, Yun writes, Smith embellishes the text with extra text. ‘Page after page, Smith inserts adverbs, superlatives, and emphatic word choices that are simply not in the original.’ He cites the example of the sentence opening the novel ‘where Han writes that the protagonist’s husband never really thought of his wife as “anything special,” Smith renders this as “completely unremarkable in every way.” And when the husband states he simply wasn’t prepared for this “change” in his life, Smith makes it an “appalling change.”

Moreover, Yun writes: ‘Taken collectively, these insertions and elaborations are extraordinary. This may not have been entirely Smith’s choice (“Take more liberties!” her English editor exhorted her). According to the same research, however, a whopping 31.5 per cent of the text’s first section consists of these re-written embellishments. Moreover, they significantly alter the tone and style.’

Yun ultimately absolves Smith and says that she ‘carried out perhaps the most important task of all: She successfully introduced a work of literature to people who might otherwise never have had a chance to read it. In that regard, Smith was faithful to the end.’

Smith has defended herself by writing: ‘to say that my English translation of The Vegetarian is a ‘completely different book’ from the Korean original is, of course, in one sense, entirely correct. Since there is no such thing as a truly literal translation – no two languages’ grammars match, their vocabularies diverge, even punctuation has a different weight – there can be no such thing as a translation that is not ‘creative’.”

Whatever the matter with the translation was, I felt the switch between first and third-person narration ends up confusing the reader.

View all my reviews 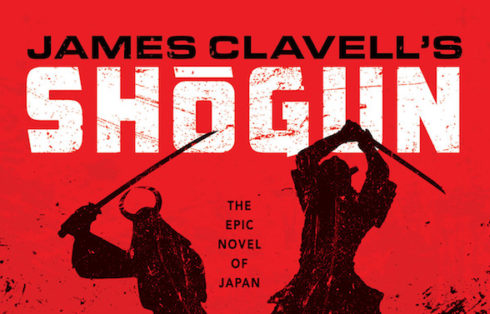 July 25, 2018 - 7:27 am
Shōgun by James Clavell My rating: 5 of 5 stars Last spring, I decided to re-read Shogun by James Clavell. I was curious...
© Copyright and Web Design/Management by Giovanni Navarria, All Rights Reserved.
We use cookies to ensure that we give you the best experience on our website. If you continue to use this site we will assume that you are happy with it.Ok