Night Watch by Sergei Lukyanenko
My rating: 2 of 5 stars

Mildly amusing, a mix of Harry Potter meets Sam Spade meets Lord of the Ring, but it reads mostly as a very banal story both in form and substance to leave any lasting memory. Originally published 1 year after Harry Potter, it does share some elements with J.K Rowling’s books, but in its attempt to conflate in one story all the magical figures of fantasyland Lukyanenko ends up writing a very uninteresting story with barely digestible paper-thin characters. Anton (the main character) sounds often somewhat in between Sam Spade or Philip Marlowe and it is not a bad touch, but he never manages to interest us beyond the amusing, most often in fact being just banal or boring. The choice of including a white Owl as one of the main characters left me rather cold. i don’t think i will ever read any other book of the series.

View all my reviews on Goodreads 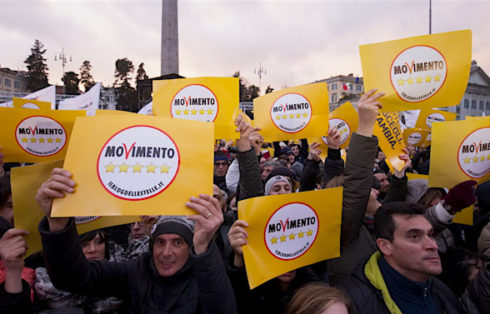 July 5, 2018 - 2:38 am
After Brexit, Keep a Close Watch on Italy and Its Five Star Movement Published in The Wind Of Anti-Establishment...
© Copyright and Web Design/Management by Giovanni Navarria, All Rights Reserved.
We use cookies to ensure that we give you the best experience on our website. If you continue to use this site we will assume that you are happy with it.Ok