June 4, 2014, marks the 25th anniversary of the bloody military crackdown to end student protests in Tiananmen Square. For weeks, global media coverage had highlighted the protesters’ concerns and greatly embarrassed the Chinese authorities. The video of the Tank Man, the unknown protester who stood defiantly before a whole line of threatening tanks, instantly became the most iconic moment of the protest.

Twenty-five years later things have changed. China has consolidated its position on the world stage, the Chinese Communist Party (CCP) has managed to survive 1989, but June 4 still is a disquieting recurrence for the party. In recent weeks authorities have increased their efforts to clamp down on any attempt to remember the past.

Control of the media is a fundamental part of this effort. The media landscape, however, is quite different from 1989. Though foreign media are still important, they are more readily muzzled. The internet is another story.

With more than 600 million users spending on average over 21 hours a week on the web, the significance of the internet in the life of Chinese people is no longer a matter of argument. The fact was openly acknowledged in a recent report by the state-run China Internet Network Information Centre (CNNIC).

For the CCP the internet is both a blessing and a curse. On the one hand, the internet is a powerful booster of the country’s economy; it is an essential medium for party propaganda; and, as the leading medium of people’s grievances against the government and other public authorities, it represents for the party an important early warning device.

On the other, the internet is a constant reminder of the fragility of traditional forms of political power. It confronts the Communist Party’s grip on power with three unexpected new challenges.

A space to escape control

First, in a country in which the state controls all mainstream media, internet users see it as the only remaining space to escape control and disseminate uncensored information.

Unsurprisingly, more than 71% of China’s internet users turn to the web for news. Over 54% actively comment on current affairs on microblogging sites like Weibo.com (the Chinese version of Twitter).

The 2012 five-year plan for the Development of the Internet Sector acknowledges the government now faces everyday “severe challenges concerning managing harmful information”. The internet makes “information dissemination” and “content production” strategies more complex and harder to control than ever before.

A challenge to the ruling language

Second, the internet poses a threat to the Communist Party’s dominance of the ruling language of power. For this reason, the development and management of internet culture and the fostering of “a good cyber environment” has been high on its agenda for quite some time. In 2008, CCP General Secretary Hu Jintao stressed the importance of “public opinion channelling”, yulun yindao, based on the strategic need to make the party’s voice both heard and accepted.

More recently, Hu’s successor, Xi Jinping, has warned his comrades that the future of China and the outcome of the public opinion struggle are linked with the internet. Struggle is today the key word. For Xi: No internet safety means no national security. No informatisation means no modernisation.

The internet, Xi said, should be considered the “largest variable” in predicting China’s future and the most serious “worry in our hearts and minds”.

Third, the Communist Party see the internet as a medium that constantly erodes the foundations of state authority. This is because it enables citizens to mobilise and openly challenge fundamental policies.

The internet can also become instrumental in side-stepping altogether the role of the government (at local and national level) in times of crisis management. This happened after last year’s deadly earthquake in Sichuan Province. Private citizens used social media to spring into action and co-ordinate rescue-and-help missions to the disaster area and, in the process, highlight the inadequacy of government efforts to care for its people.

The core problem of the Communist Party’s complex love-hate relationship with the internet is traceable to the distributed quality of its networks. These are designed to disregard any single centre of power and to treat hierarchy as an obstacle for their smooth functioning. The philosophy underpinning networks is entirely at odds with the CCP’s historical vision of its leading role in China’s society.

The internet’s structural resistance to top-down control injects a measure of uncertainty and “weakness” in the complex power/conflict dynamics between the Communist Party state and its citizens. The term weakness here refers to the practical impossibility of any actor within this new galaxy of communication to exert complete control over a highly distributed network within the network of networks known as the internet.

Awareness of this shared weakness is a powerful enabler of bold and irreverent new forms of resistance that signal just how different the internet is from traditional patterns of mediated domination. Exactly because the internet enables Chinese citizens openly to contest and restrain the party’s monopoly on power, the CCP is deeply concerned with controlling these flows of information. China’s rulers are profoundly afraid of how people might use the internet, especially during extended periods of social unrest.

The tragic events in Tiananmen Square taught the government of Beijing an important lesson: not only can media strengthen protests by stoking their momentum, but when protests are over media become the repository of potentially dangerous collective memories. A quarter of a century later, Chinese citizens have at their disposal a much wider array of powerful new media to communicate with each other instantly and cheaply. They can constantly monitor the movements of the powerful and quickly organise acts of resistance.

This trend, the Communist Party knows well, is likely to strengthen in years to come. Hence the CCP’s greatest fear: that the combination of people’s will and networked media skills might make a line of menacing tanks incapable of saving the party from historical oblivion.

This is the interview I gave on June 7 to SBS Radio Italia. I talked about the 25th anniversary of brutal crackdown of Tiananmen Square.

The 25th anniversary of Tiananmen Square is the focus of an evening event on Wednesday June 4 organised by the Sydney Democracy Network with the Australian Institute of International Affairs (NSW branch) and the China Democracy Forum. 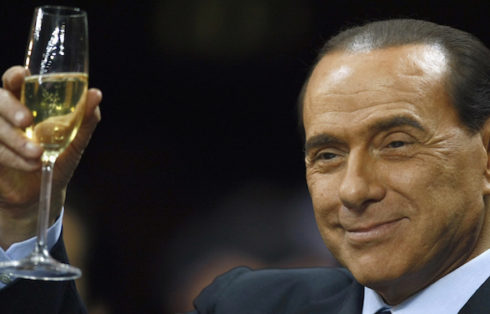 November 29, 2013 - 4:10 am
Enough of the martyr Silvio Berlusconi, Originally published in The Conversation, 28 Nov. 2013 By Giovanni Navarria,...
© Copyright and Web Design/Management by Giovanni Navarria, All Rights Reserved.
We use cookies to ensure that we give you the best experience on our website. If you continue to use this site we will assume that you are happy with it.Ok